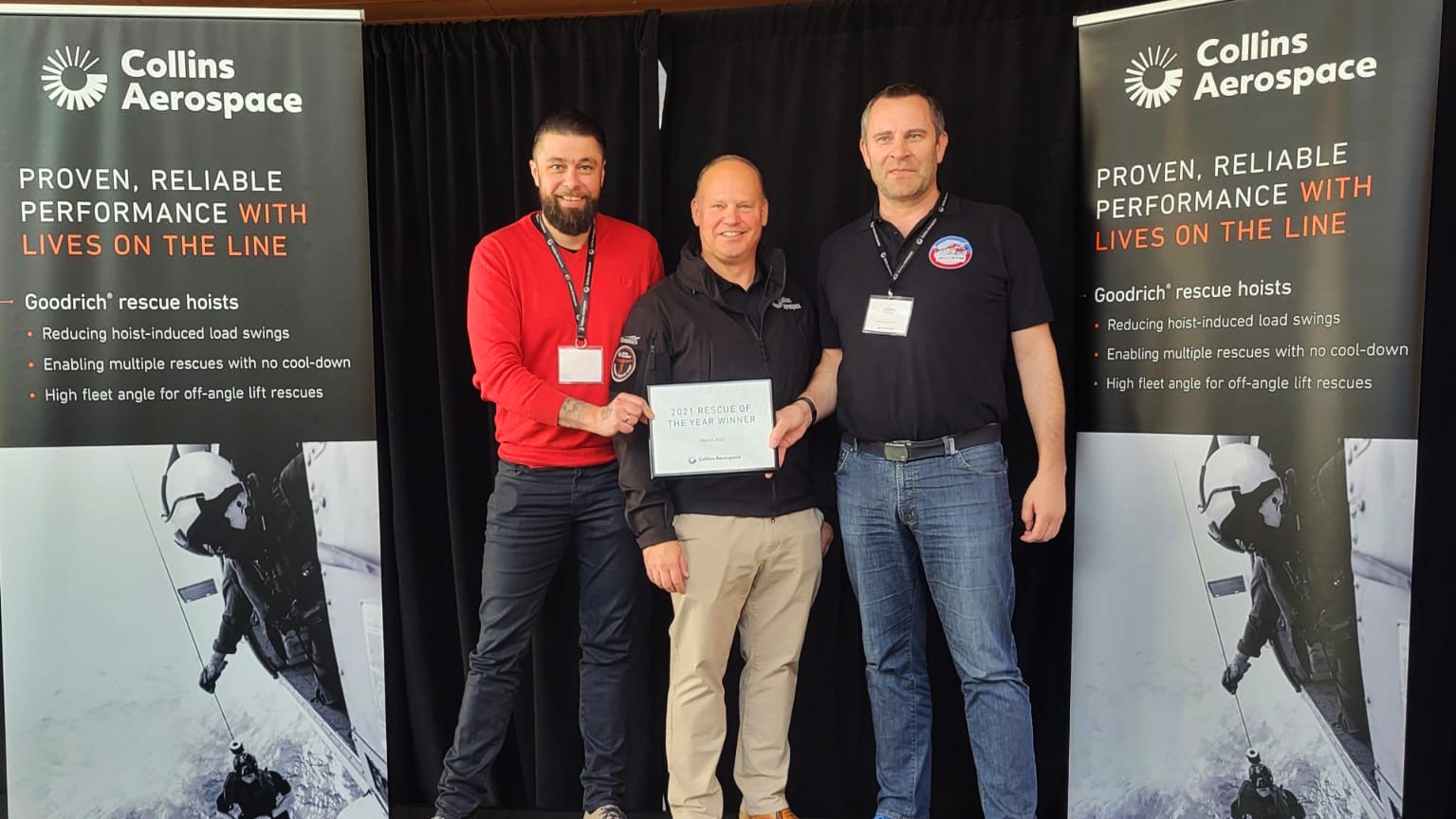 DRF Luftrettung and ARA Flugrettung have won this year’s ‘Rescue of the Year Award’ from hoist manufacturer Collins Aerospace/Goodrich. The accolade was awarded for the professional handling of a highly challenging night-time hoist mission, which saved the life of a young mountaineer. It highlights once again the high level of hoist expertise that the two air rescue organisations have.

As part of the Collins Aerospace/Goodrich Hoist Operator's Conference in Dallas on 6 March 2022, DRF Luftrettung and its Austrian subsidiary ARA Flugrettung were presented with the ‘Rescue of the Year Award’. This recognises the dedication of the two organisations, which have spent years working together to advance progress in hoist rescues and so improve rescue missions for people in impassable and Alpine terrain.

Having considered a total of seven entries, the jury decided on the highly complex night-time hoist mission carried out by the Tyrolean ARA emergency helicopter in December last year. On the evening of the mission, a mountaineer lost her way in the Bavarian Alps and fell into a ditch after falling on the steep terrain. ‘The crews of the alerted RK-2 emergency helicopter from Reutte and the Oberau mountain rescue were faced with extremely difficult conditions. It was pitch-black and the exact coordinates of the missing mountaineer were not known, so a thermal imaging camera from the mountain rescue service was used to locate her. The subsequent rescue with the hoist was a major challenge because the woman was not only extremely cold and badly injured, but was also on unstable terrain. We would not have been able to save her life without the good teamwork of all of the crew members and the local mountain rescue team,’ says Sebastian Schneider, Training Manager Rescue Hoist at DRF Luftrettung.

Professional hoist rescue even at night

Whether for hoist rescue in mountains, densely populated areas or over water, DRF Luftrettung and its subsidiaries have a total of seven helicopter bases with hoists in Germany and Austria. ‘We are always working to advance hoist rescue operations. In autumn 2021, for example, ARA Flugrettung became the first air rescue organisation in Austria to also carry out night-time hoist missions. We are very pleased that our work has been recognised, because it shows that we have high standards of training and quality, even when compared with others around the world. Above all, though, the award is a great acknowledgement of the dedication of our crews, who demonstrate teamwork and the utmost professionalism in action each and every day. After all, we can only achieve our goal and motto of ‘Saving.People’s.Lives’ if we work together,’ explains Jörg Redetzky, Head of Flight Operation at ARA Flugrettung. 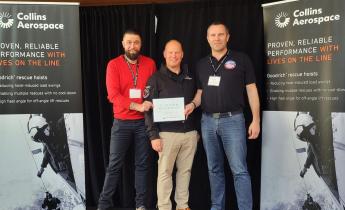 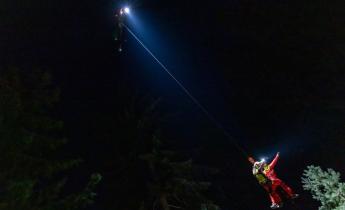 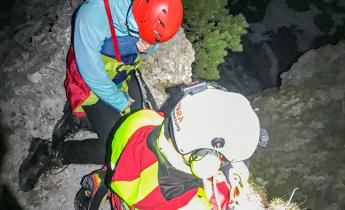 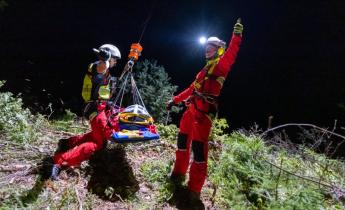 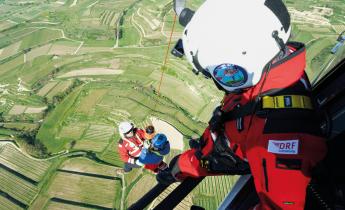 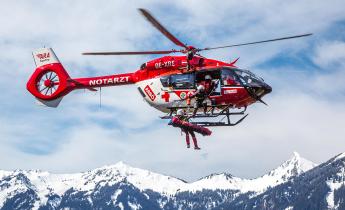